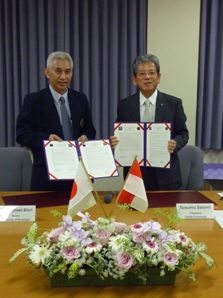 Located in Malang City in east Java province, the distinguished University of Brawijaya has 12 departments and is a leading university in Indonesia. Ties between Tohoku University and University of Brawijaya date back to February, 2007, when interest in Tohoku University’s Food & Agriculture for Human Security Program was used to establish a double-degree Linkage Program with Faculty of Administrative Sciences, and both universities began accepting master-degree level exchange students.

It is hoped that this agreement will lead to even more exchanges between the two universities. 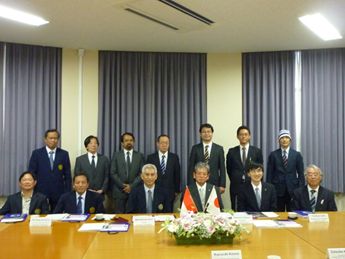