On October 23 and 24, 2014, Executive Vice President Ueki attended the annual T.I.M.E. (Top Industrial Managers for Europe) meeting held at Ecole Centrale de Lille, France. In addition to the meeting, special events were held to commemorate the 25th anniversary of the formation of T.I.M.E and the 160th anniversary of the founding of Ecole Centrale de Lille, as well as a joint event with the T.I.M.E. Double Degree Alumni Association, which was formally announced last year. 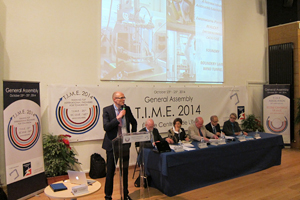 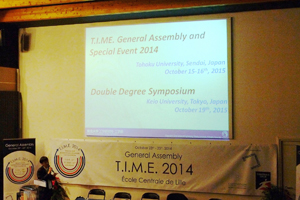 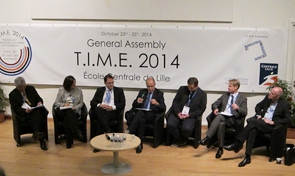