Following greetings from the Mexican participants (including those from the Ministry of Foreign Affairs Mexico, the mayor of Guanajuato, etc.) and from the Japanese participants (from Shuichiro Megata, Japanese ambassador to Mexico until November 10 2014), the participants listened to an overview of the results of Japan’s Higher Education Policy from Deputy Minister of Education, Culture, Sports, Science and Technology, Mr. Kihei Maekawa. Following this, the participants heard an overview of Mexico’s higher education system and a university introduction by the Rector of University of Guanajuato, which was followed by panel discussions of university-industry collaborations, the development of globally-minded human resources, and other topics, where EVP Ueki attended a panel about innovation, where he introduced Tohoku University’s university-industry collaborations. Further, in a separate room, participants from universities in both countries set up booths, where Tohoku University provided information on studying overseas at our university.

In February, 2010, then Prime Ministers Felipe Calderon (Mexico) and Yukio Hatoyama (Japan) signed the “Mexico-Japan Joint Statement on Strategic Partnership and Global and Economic Growth in the XXI century”, and based on this, The First Mexico-Japan Rectors’ Summit was held in Tokyo in June 2011. 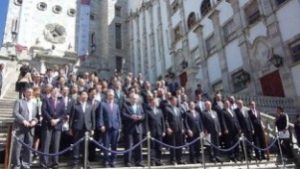 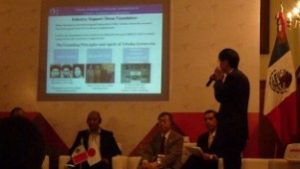