These meetings hosted approximately fifty presidents and vice-presidents from the member institutions in Japan, China, Republic of Korea, Taiwan, Hong Kong, where they reported on their activities in 2014 and discussed their planned activities for 2015. During the session where member universities presented on education and research, President Satomi gave a presentation on “Macroscopic View of Future Research Topics Suitable for AEARU Universities”, where he introduced Tohoku University’s planned “Global Initiative” for combining and organizing research activities. Further, during the discussion session it was acknowledged that EVP Ueki would sign the “Leiden Statement on the Role of the Social Sciences and Humanities in the Global Research Landscape” as the representative of AEARU at the LERU (League of European Research Universities) meeting in November, 2014. 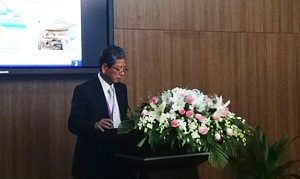 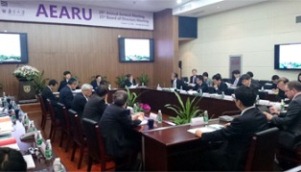