•Russell Group（a group of 24 leading universities from the U.K.）

•U15 Canada（Group of 15 Canadian Research Universities）

Attending as the representative of AEARU, EVP Ueki introduced the network, and also served as the chairperson of the round table discussion

At the end of the meeting, representatives from the seven consortia signed the Leiden Statement, which pledges to restate and champion the fundamental role that the social sciences and humanities play in the new global community, and call for an expanded role for the social sciences and humanities in tackling problems through interdisciplinary research. 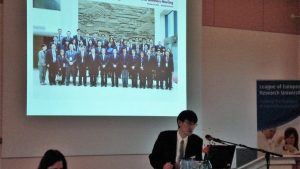 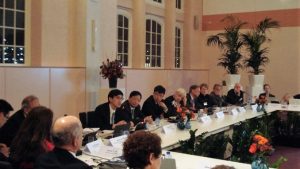