Following greetings from Minister Hiroshi Matsuura of Embassy of Japan in the United Kingdom, President Satomi and Pro-Vice-Chancellor Jeremy Sanders exchanged pleasantries and gave presentations introducing their respective universities. Following this, a signing ceremony was held, where both parties signed a Joint Statement in regards to future student and researcher exchanges, as well as further collaborative research. In the evening, President Satomi hosted a dinner (which was also attended by Sir John Walker, recipient of the 1997 Nobel Prize for Chemistry), and the guests enjoyed the opportunity to mingle with President Satomi.

On the 10th, workshops on Global safety and Disaster Science, and Materials Science were held, and researchers from Tohoku University’s International Research Institute of Disaster Science and Advanced Institute for Materials Research departments enjoyed the opportunity to take part in research exchange and discuss their student exchange programs.

Both universities have high expectations for the future developments that will come out of this event. 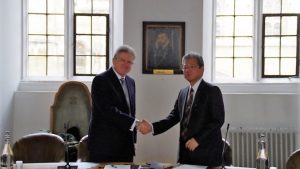 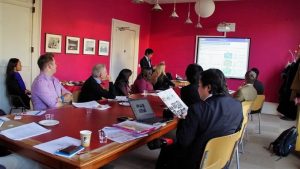 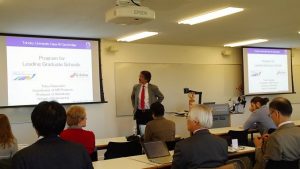