Attended by approximately 30 representatives from each of the member universities in both Japan and the U.K., the attendees heard presentations on the RENKEI activities undertaken between 2013 and 2014, and discussed proposed new workshops for 2015 onward. 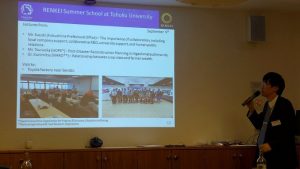 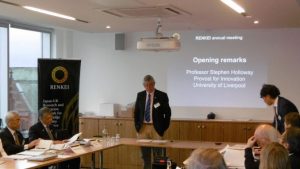