On February 25th 2015, the presidents of the five Indian Institutes of Science Education and Research (IISERs), along with the Counsellor of Science and Technology, Dr. Chadaram Sivaji (Embassy of India) and Deputy Director of International Affairs, Takashi Imura (MEXT) visited Tohoku University and paid a courtesy visit on EVP Ueki.

The representatives from both countries discussed the possibility of future research and academic exchanges in the meeting.

IISERs is a group of five premier basic science education and research institutes founded by the Indian government between 2006 and 2008.

Prior to the meeting, the party enjoyed a tour of the Research Institute of Electrical Communication and the Institute for Materials Research. 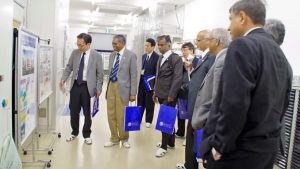 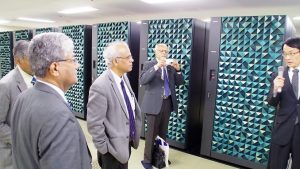