Students from Tohoku University and Novosibirsk State University recently participated in a cultural exchange programme aimed at promoting deeper friendship and understanding between Japan and Russia.

The programme – known as the Tohoku University Cross-Cultural Programme with Russia, or TUCPR – is part of the “Re-inventing Japan Project” funded by the Japanese government.

Tohoku University hosted 10 students from Novosibirsk State University for eight days from January 30, 2015. The students took courses in the Japanese language and culture, and visited the university’s famous research facilities and museums. To gain a first-hand understanding of Japanese life, they made trips to the coastal areas affected by the 2011 tsunami, and took in the beauty of Shiroishi Castle.

In a simultaneous exchange, Japanese students from Tohoku University toured the Siberian branch of the Russian Academy of Sciences. They took courses in Russian, and attended ballet and classical music performances.

The “Re-Inventing Japan Project” is funded by the Japanese Ministry of Education, Culture, Sports, Science and Technology. It is hoped that Japanese and Russian students will be able to gain valuable experiences that would lead to future collaborations between the two countries. 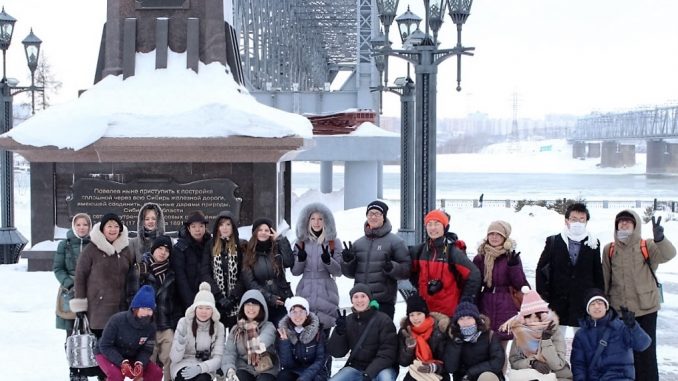