Since its initial conclusion, this agreement has led to many research exchanges and advancements, primarily in the fields of Materials Science and Nanotechnology. Additionally, since the 2011 Tohoku earthquake and tsunami, the agreement has led to the development of a project to archive information regarding the disaster, and study tours of the disaster-stricken areas, expanding into a variety of new areas. We hope that this renewal will lead to even further developments in the future.

In addition to the signing ceremony, a Tohoku-Harvard workshop on the theme of “Frontiers in Quantum Materials and Devices” was also held, where researchers from both universities announced the results of their latest research. Further, AIMR Director Kotani unveiled the latest results of the unique research that fuses materials science and mathematics currently underway at the AIMR faculty. 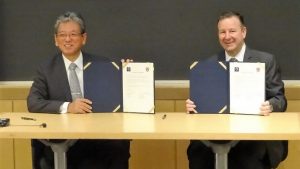 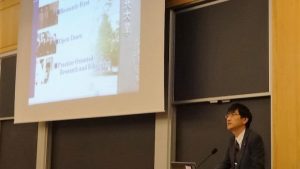