On the day prior to the meeting, Director Wattles attended the closing ceremony of a student exchange program, where she greeted participating students from the University of California. She also visited the University Library, where she viewed items in our valuable Kano Collection.

The main administration of the University of California is located in Oakland, California. The university has ten campuses (located in Berkley, Davis, Irvine, Los Angles, Riverside, San Diego, San Francisco, Santa Barbara, Santa Cruz and Merced), and is well known for being a public university that puts a strong focus on research.

We have great expectations for the deeper relations and further exchanges that will arise from the renewal of this agreement. 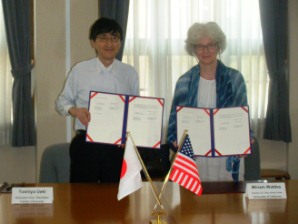 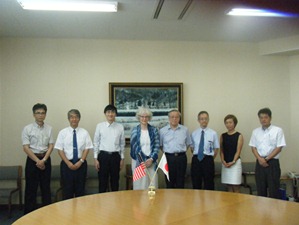