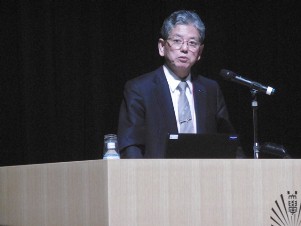 Held every two years alternating between Japan and China since 2000, the forum gives university presidents from both countries the opportunity to meet and discuss common issues.

In the morning session, President Satomi delivered the keynote address, presenting on the global trends of students studying abroad, as well as Tohoku University’s global vision and exchanges with China.

Following this, there were individual sessions, as well as a student’s forum, where common issues between both countries were discussed. In the afternoon session, “The Fukuoka Declaration on the Internationalization of Japanese and Chinese Universities in the Global Era” was adopted by the participants, concluding the forum.

The 10th Forum for Japanese and Chinese University Presidents will be held in 2017 at Northeastern University in Shenyang, China. 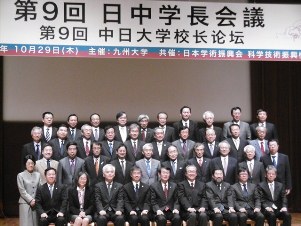