Tohoku University President Susumu Satomi attended the 7th Japan-China University Forum at the Chinese Academy of Sciences in Beijing on May 6.

Co-hosted this year by the Japan Science and Technology Agency (JST) and University of Chinese Academy of Sciences, the Japan-China University Forum aims to cultivate human resources through exchange programmes, improve academic levels and promote industry-academia cooperation on an international level.

Since its inaugural meeting in Tokyo in 2010, the forum has grown in both size and prestige, becoming one of the largest and most highly rated academic exchange events between Japan and China.

The theme of the 7th summit was “Aiming to Become Top-level Universities on the International Stage: Issues Concerning Developing Higher Education and Research.”

President Satomi highlighted Tohoku University’s commitment to globalization, and shared some of its international strategies, such as improving its human resources and leveraging on its creative and highly innovative research base. He also talked about the Tohoku Forum for Creativity, where international scholars and leaders of different academic fields can gather and learn from each other.

Similar strategies and ideas were further shared in the afternoon session of the forum where the presidents of leading universities in both countries engaged in lively panel discussions.

On May 7 and 8, following the close of the forum, a Japan-China University Fair was held at the Beijing Agricultural Exhibition Center where Tohoku University had a booth to introduce its programmes to Chinese university and high school students. 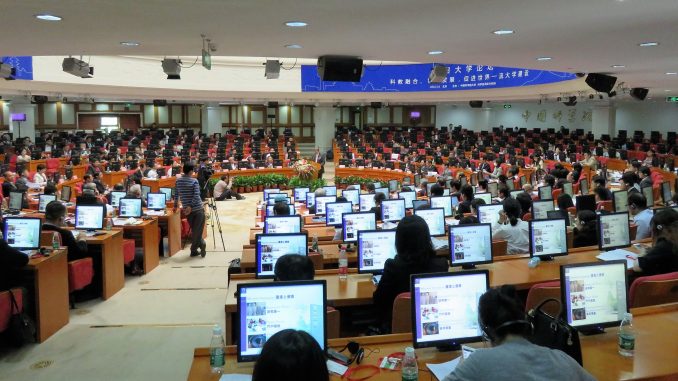