Session: Rethinking Modernity, Change and Continuity in Japanese Buddhism in the Meiji period (1868–1912)

Session Abstract
Taking the occasion of the 150th anniversary of the Meiji Restoration (Meiji Ishin 明治維新, 1868), our panel proposes to reflect on elements of the religious dimension of that essential moment in Japanese history, by tracing both changes and continuity in religious discourse, historiography, education, and in the conceptualization of religion. Through our session, we want not only to enrich the knowledge of the history of religions in Japan, but also to question categories and theoretical frameworks in which modernity and religion are narrated.

The Meiji Restoration, with the re-establishment of imperial rule, marked an essential moment in the history of Japan. For decades historians have stressed how the Restoration was accompanied by ruptures and changes in multiple fields and have identified them with the irruption of modernity in the country, stressing the role played by the impact of Euro-American culture and imperialism. Religion is part of this narrative of discontinuity: from the separation of Shintō and Buddhism and the persecution of the latter, to the confrontation with the return of Christian missionaries, and to the debates on religious freedom and state-religion relations. The concept itself of religion was shaped in the intellectual and political debates of this period. However, more recently research has started to focus on elements of continuity with the pre-Meiji period, both at the level of ideas and socio-political connections. In addition, historians of modern Asia have restored the agency of local intellectual and religious elites in the context of colonialism and imperialism, paid attention to local concerns and contexts, and shed light on inter-Asian networks and flows of ideas, and in so doing they have revised Euro-centric narratives.

The four presentations in our session will enrich this debate with a particular attention to the changes and continuities in the Japanese conceptualization of religion at and after the Meiji Restoration. Mick Deneckere (Ghent University, visiting professor) will trace intellectual networks already established in the Edo period (1603–1868) that continued through the political turmoil of 1868 and influenced the later modernization efforts of Buddhist reformers. Orion Klautau (Tohoku University, associate professor) will discuss the essential role of the Buddhist priest and historian Murakami Senshō (1851–1929)—famously defrocked for supporting the thesis that Mahāyāna Buddhism is not word of the Buddha—in the establishment of a historical and academic framework of discussion on Buddhism in Meiji Japan. Paride Stortini (The University of Chicago, doctoral candidate) will analyze the development of the academic study of Indology and Sanskrit in Buddhist universities, and the discourse around scientific approaches to religion related to it, by focusing on the role of two Buddhist priest-scholars who studied at Oxford under Friedrich Max Müller: Nanjō Bunyū (1849–1927) and Takakusu Junjirō (1866–1945). Bruce Grover (Heidelberg University, doctoral candidate) will show how Buddhist reformers of the Meiji period strategically reconceived philosophy and faith in anti-Christian debates. 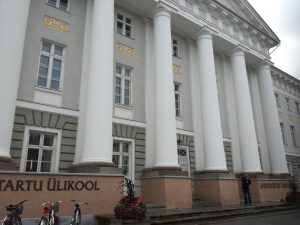